Chetanhttps://thcb.in
Playing games using Virtual Reality technology is an enjoyable experience. Some companies have played a major role in creating VR content, including Oculus, Valve, and Sony. The field of virtual reality is full of potential.There are some fantastic AAA games with impressive, realistic visuals and others with simplistic graphics, yet challenging game-play. There is something available for every gamer. There are many paid VR games on SteamVR, the Oculus Store, and the PlayStation VR Store. The best thing about being a VR gamer is that there are a lot of free games to choose from. All you need is a decent VR headset.

This article explores some of the best free-to-play virtual reality games.

1) Waltz of the Wizard (Legacy)

Waltz of the Wizard is a virtual reality game that immerses you in a magical place. Every object in the environment is interactive, and you are creating your magical abilities by combining different ingredients. The game is developed by Aldin Dynamics and is free to download on SteamVR. This game is the second-highest rated VR game, after Half-Life. 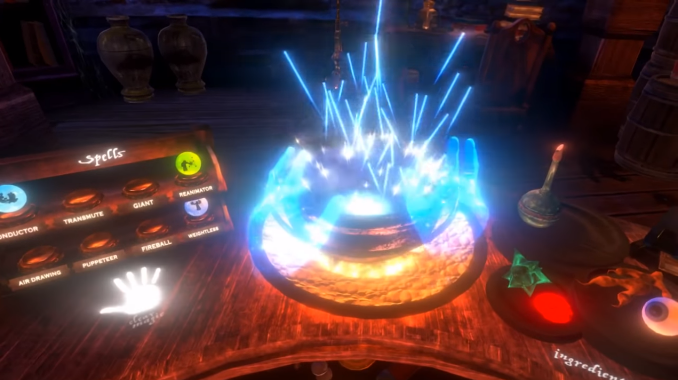 The Lab is a collection of mini VR games from Valve. They are all fun and easy to play. These mini-games include Slingshot, Longbow, Robot Repair, Human Medical Examination, and more. SteamVR offers this game in the Free to Play section. Any VR headset can be used with this game. If you just bought a VR headset and want to enjoy some fun mini-games, then this game might be for you. 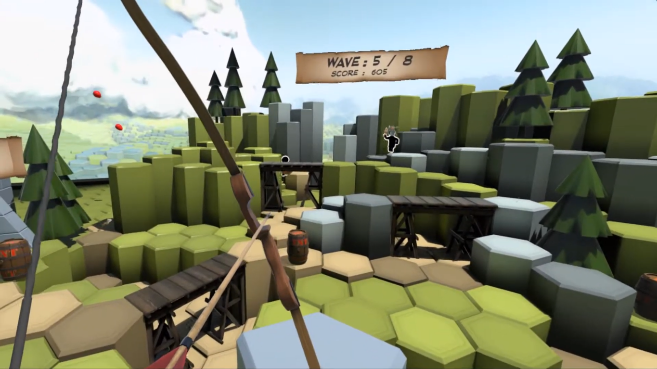 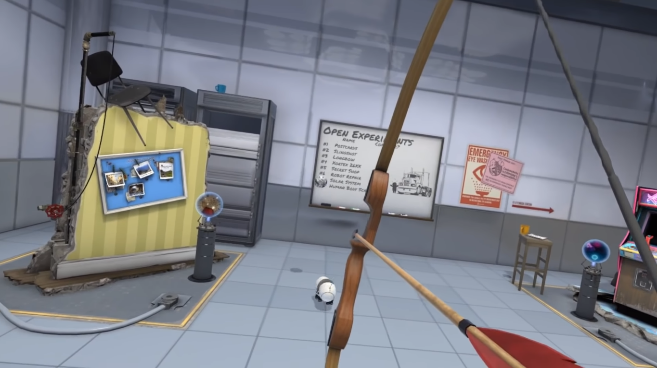 In VR, you hardly get something that is both high quality and free. Echo is one of the best VR games with amazing graphics, and it is also free. In Echo VR, you play as a futuristic robot in zero gravity. There are two modes, Echo Battle and Echo Arena. This game is a multiplayer disc-throwing game in zero gravity, which sounds quite amazing. This game can be accessed from the Oculus store and supports both the Rift and Rift S headsets. 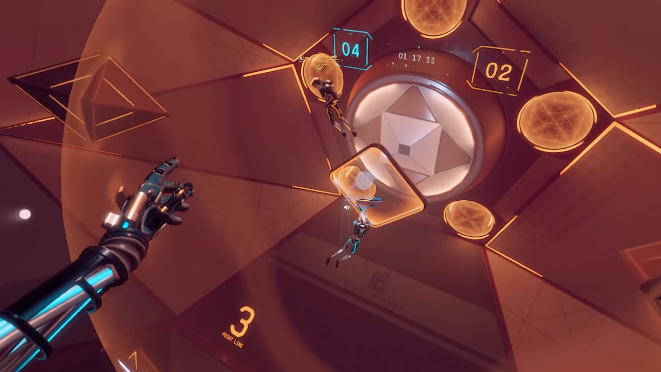 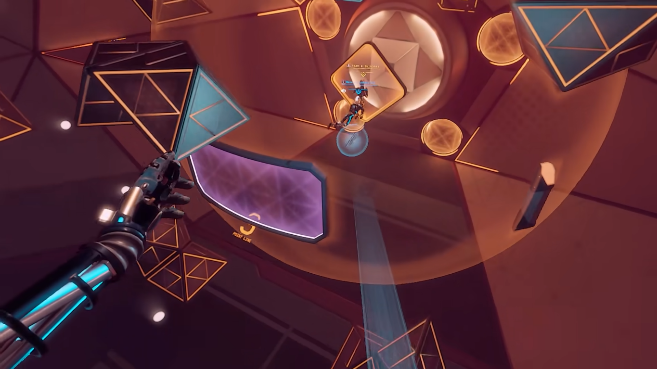 Wolfenstein 3D, the very first first-person shooter released in 1992, is now available in VR. This game is developed by a lesser-known company named Further Beyond Studios. The free-to-download version of this game can be accessed from the developer’s website. If you are a hardcore fan of this game, do not miss this title. The developers have done an excellent job of recreating the game in a VR setting. 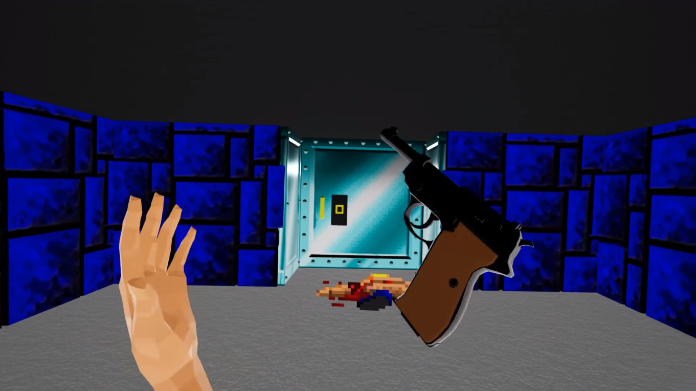 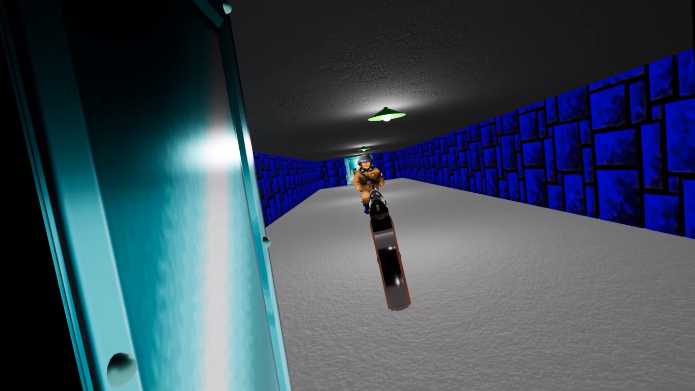 Trickster VR: Horde Attack is a simple, fast-paced hack-and-slash game. In the game, you have 30 weapons and special powers, with 16 different enemies and 2 difficulty levels. The object of the game is to survive waves of enemies. Your movement in the game is completely customizable. This game also supports all of the latest VR headsets. 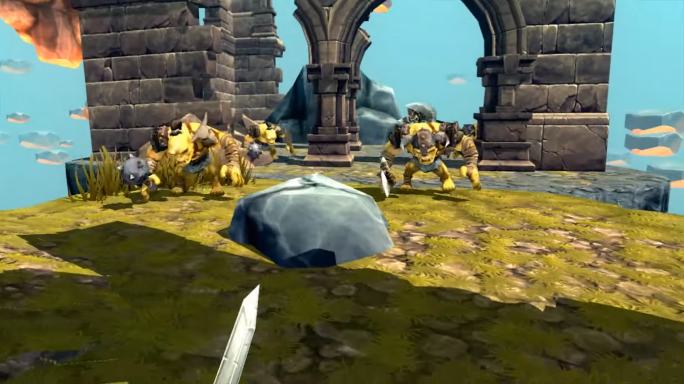 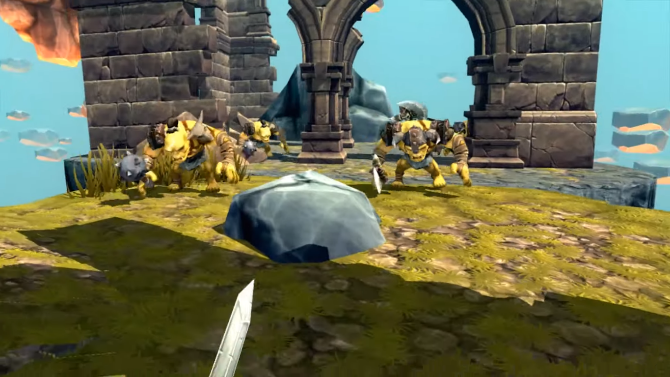 If you want to swing like Spiderman in New York City, this game is here to give you the real Spiderman immersive experience. Spiderman: Far from Home is a wonderful, thrilling, adventure VR game. You can leap from one building to the next and swing from a web. There are four suites to choose from. Be mindful of the enemies in the city waiting for you. This game is enjoyable and makes you feel like you are actually Spiderman. 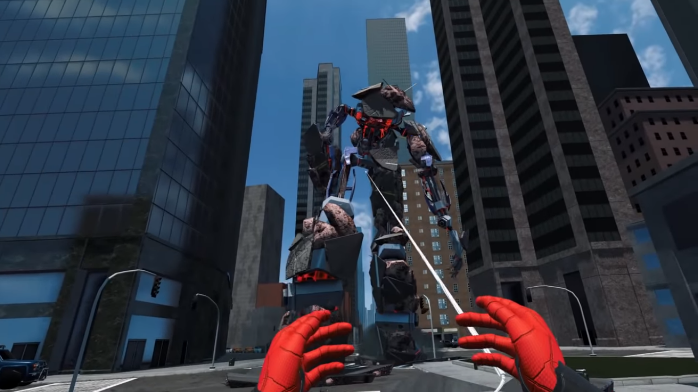 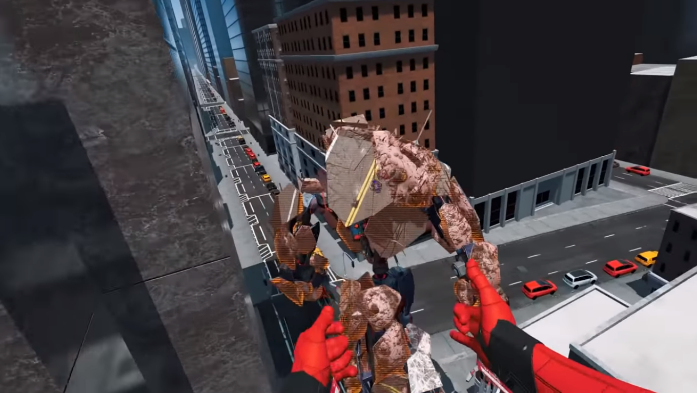 The Ranger is an action RPG VR game with a huge environment. This RPG focuses on real-time combat and exploration. This game also involves stealth kills, which is fantastic for a VR game. This game is available for Free to Play on SteamVR. Be sure to check this game out. 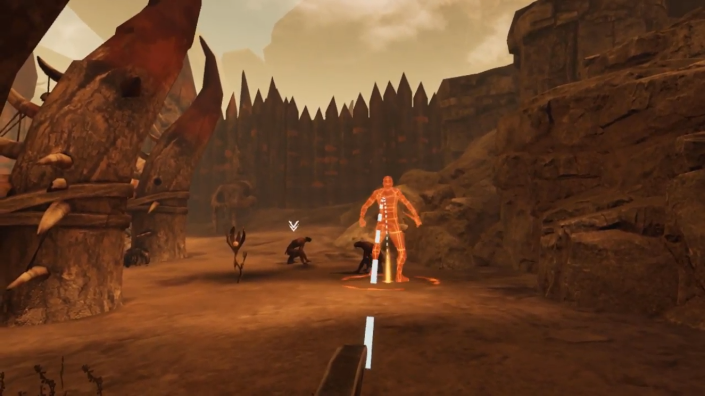 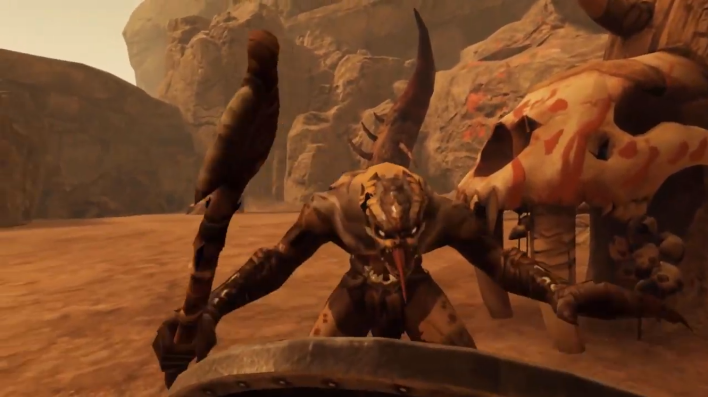 Nemesis Perspective is an online VR game. It is a two-player game in which one player is a hero, and the other is a giant monster. This is game is fun when playing with a friend. The gameplay is all about proving your dominance by smashing your enemies. 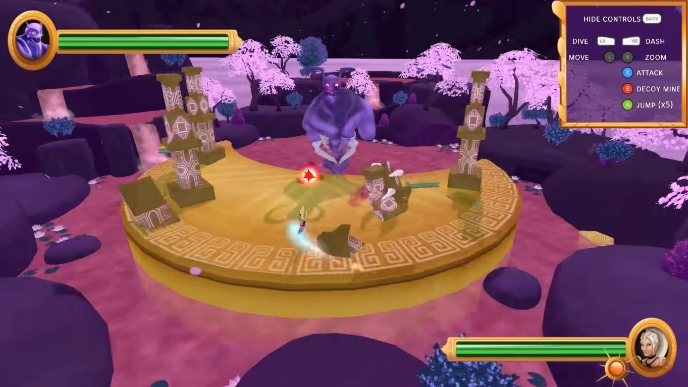 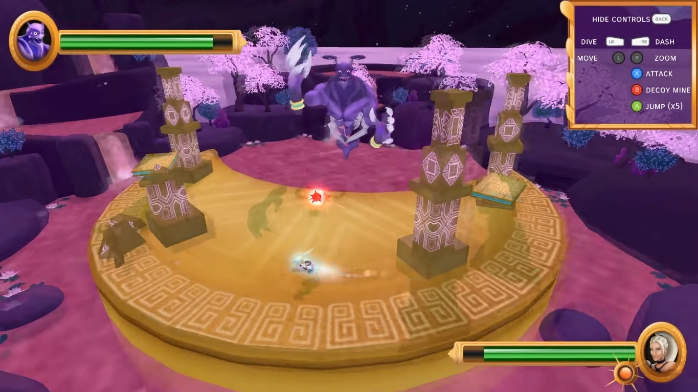 Nova Swarm is a local multiplayer space shooter game in VR. It offers a 4-player split-screen mode. Every ship is armed with a powerful laser and a refillable shield. Your ship is invisible when you are not aiming, which adds more complexity to the game. If no friends are around to play with you, you can also play in single-player mode, which is just as cool. 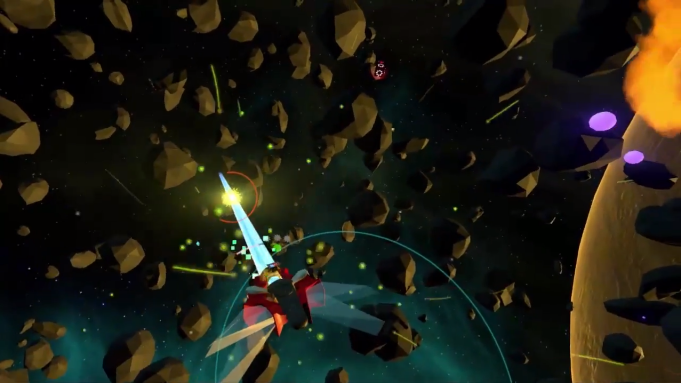 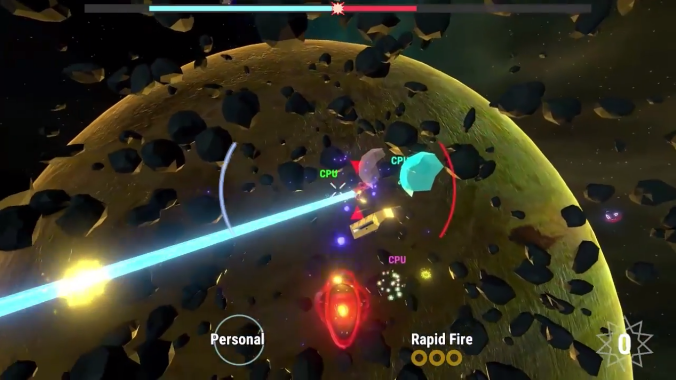 In PokerStars VR, you will experience poker as if you are sitting at a real poker table. You can study your rivals, talk live with them, and handle your cards and chips. This immersive experience with real players is now available Free to Play on Steam. You can also place interactive props on the table, which just adds some fun to the game. 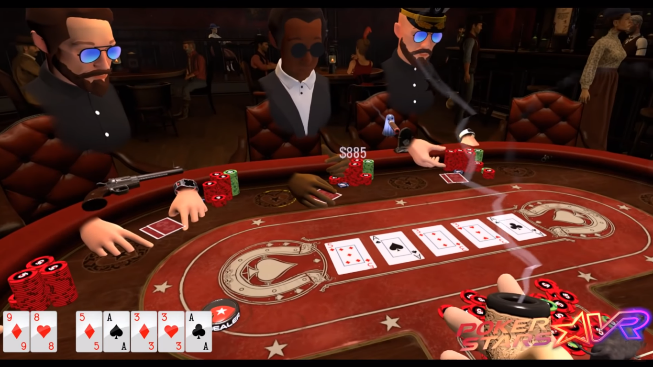 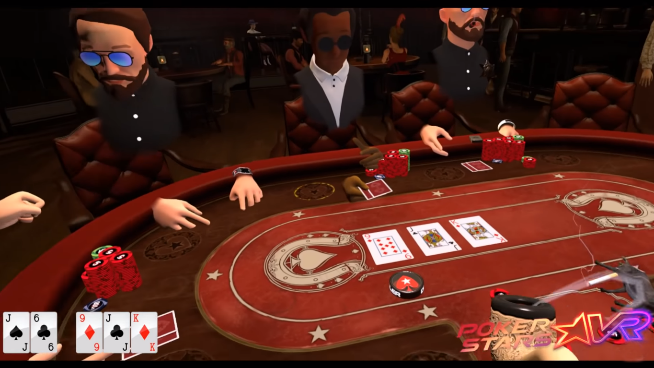 Get on Steam
Get on Oculus
Get on VivePort

So, in conclusion, these are the top 10 amazing games that you can play without spending a single penny. All of these games support modern virtual reality headsets, including HTC Vive, Windows mixed reality headsets, and Oculus Rift. There are several free VR games available, but the games described above provide some of the best high-quality content. In this article, games of all genres are covered. If you want to immerse yourself in a magical universe, play Waltz of the Wizards, and if you want some more action, give Tricksters a shot. You can also have fun playing basic games like The Lab and, of course, if you want to challenge your friends, you can go for Nova Swarm, Nemesis Perspective, or PokerStars. Virtual Reality is the future of gaming, and there are many fun games out there for you to explore.

How To Install LFTP To Download and Upload Files in Linux