Chetanhttps://thcb.in
This article will list some useful mockup / wireframe / UX design tools that allow you to create product demos and prototypes. There are numerous web-based proprietary tools available for creating mockups. However, this article will mostly focus on free and open source mockup tools that can be installed and used on Linux. Note that mockups, wireframes, charts and user interface graphics are not necessarily the same terms and they have some differences between them. However, they all serve the same purpose of creating visuals and prototypes of software and other products before you add any functionality to them. This article will cover such tools available for Linux.

Pencil is a free and open source mockup and user interface design tool that offers numerous predefined shapes to create prototypes and visuals for both desktop and mobile applications. It also includes a number of different drawing tools to create your own custom shapes and drawings. Other main features of Pencil include support for creating flowcharts and diagrams, built-in clipart browser, clickable links and ability to export mockups into a number of different file formats. Pencil is probably the most comprehensive open source mockup tool available today, on par with many proprietary design tools available on the web.

You can get “.deb” and “.rpm” packages from here. You can also download nightly development builds from here. These nightly builds offer pre-compiled binaries that work on all Linux distributions.

Akira is a free and open source application for creating mockups and UI prototypes. The application is currently in alpha stage and is under heavy development. It has limited shapes and drawing tools and it mainly allows you to change geometry and position of these objects. Other than that, it doesn’t have many features if you compare it with Pencil. However, it does look very promising already and should have some improvements over time. 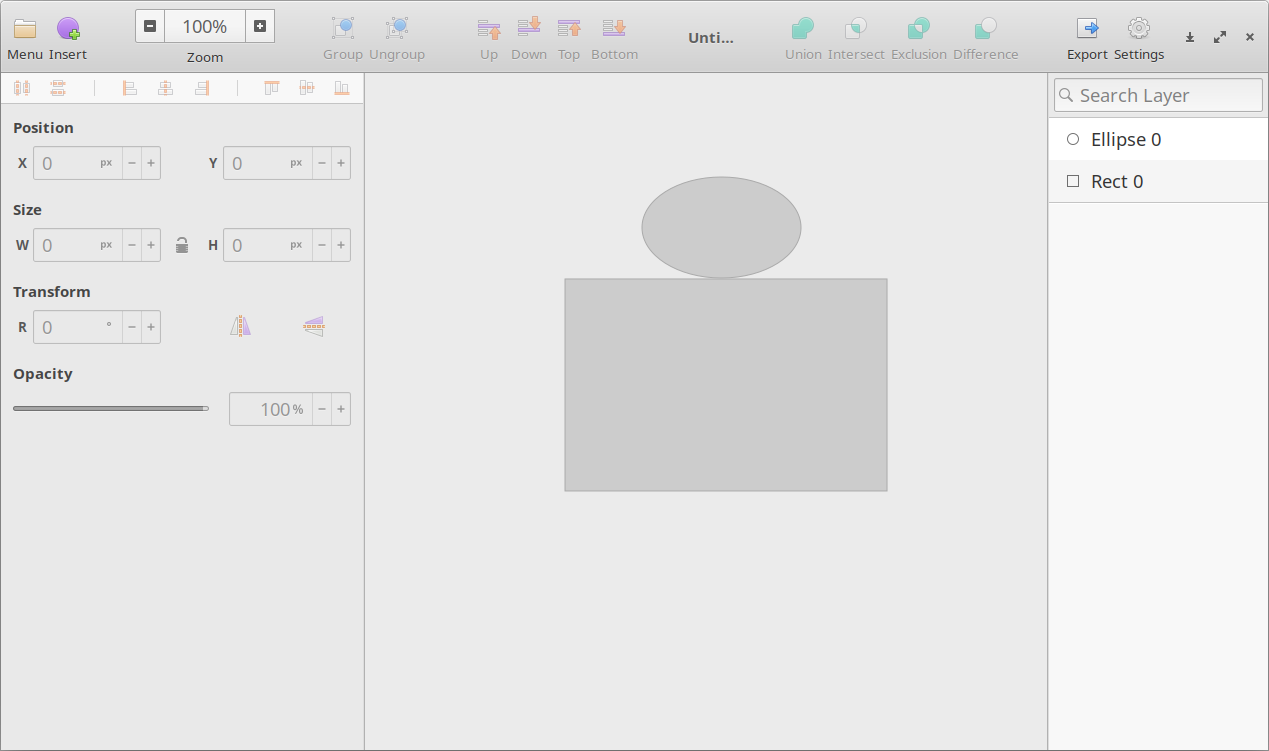 You can download Akira from Snap Store, Flathub, or AppCenter.

Glade is a “Rapid Application Development (RAD)” utility that can be used for designing user interfaces, mockups and prototypes for GTK+ / GNOME applications. You can add any valid GTK widget to a blank area and then build upon it by adding more widgets. You can restructure, resize and organize any widget added to the canvas and change its properties. Once you have finished designing the UI, you can export the UI structure in an XML file. These XML files can be used with any programming language officially supported by GTK toolkit (Python, C++ etc.). If you need to export mockups in an image format, you can take screenshots of the central pane. Glade is an official application from the GNOME project. 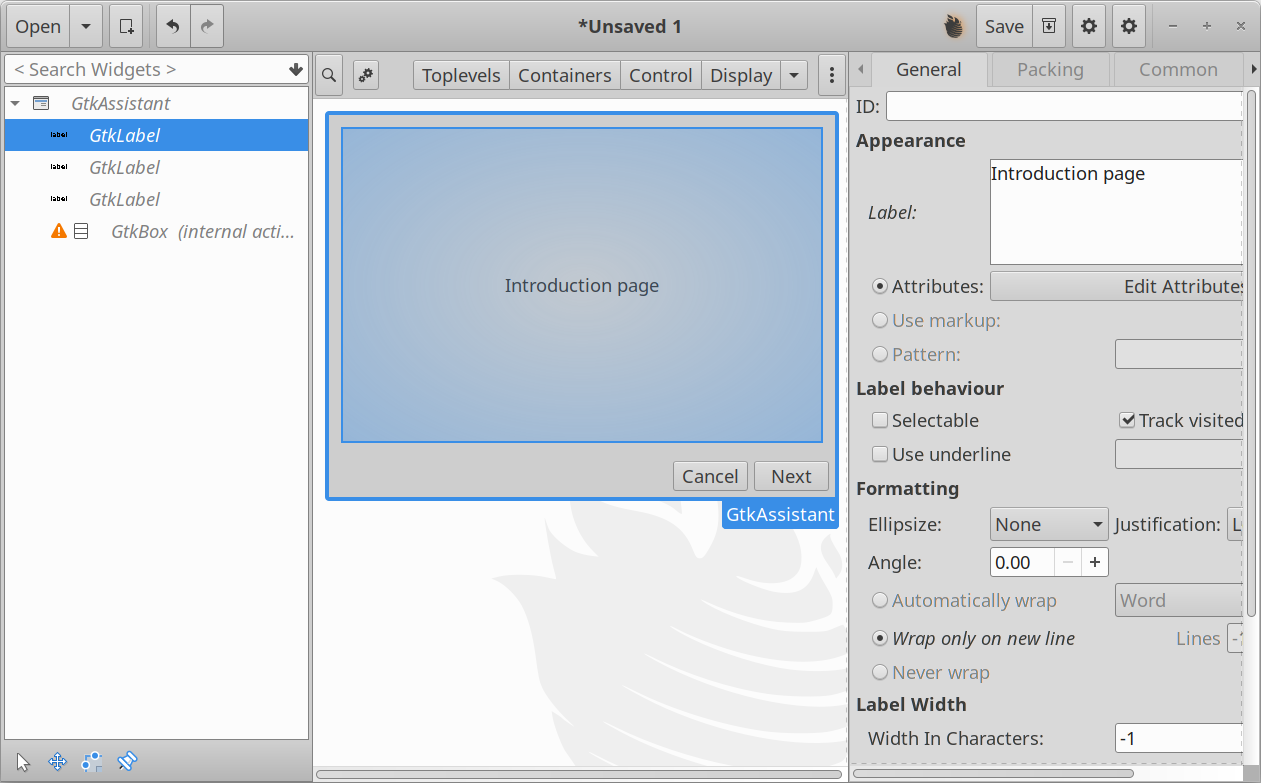 You can install Glade in Ubuntu by using the command specified below:

Glade is available in repositories of all major Linux distributions, so you can use package manager to install it. A universal Flatpak package is also available here.

Mydraft is an open source graphic design tool that allows you to draw wireframes. The project is currently under development and “Mydraft” seems to be a tentative name. You can install it in Linux as a local Node.js application or use it in a browser. It aims to cover up some limitations of Pencil application and wants to provide an improved and modern UI to end users. Mydraft provides numerous shapes and straight line tools to create mockups. You can resize and rotate these shapes to your liking. However, I could not find a pencil tool to draw custom lines and curves. Maybe it will be added in the future as the application is currently in the development. 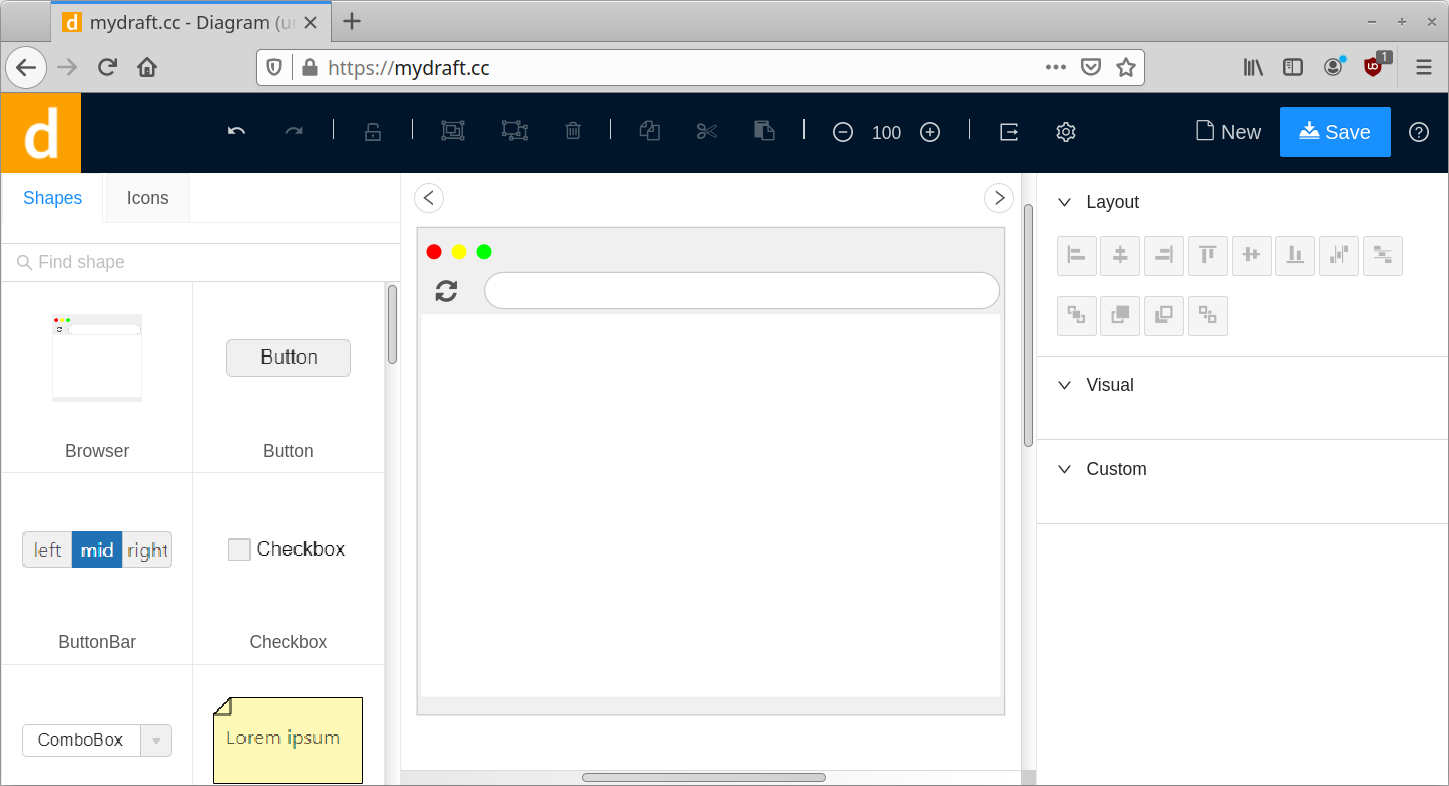 You can access an online version of Mydraft from here. To install it locally on your Linux system, follow instructions available here.

Inkscape is unarguably the most popular free and open source application for creating vector graphics. You can use it for a variety of purposes, including creating icons, PDF files, animations, drawings, logos and so on. Inkscape comes with a variety of preset shapes and you can draw your own as well. It includes numerous tools to change the look and feel of these shapes, making it an apt tool for creating mockups. While it is not solely designed for creating mockups and its numerous options can be overwhelming, it has a pretty comprehensive collection of drawing tools. You can export your mockups in many different file formats. 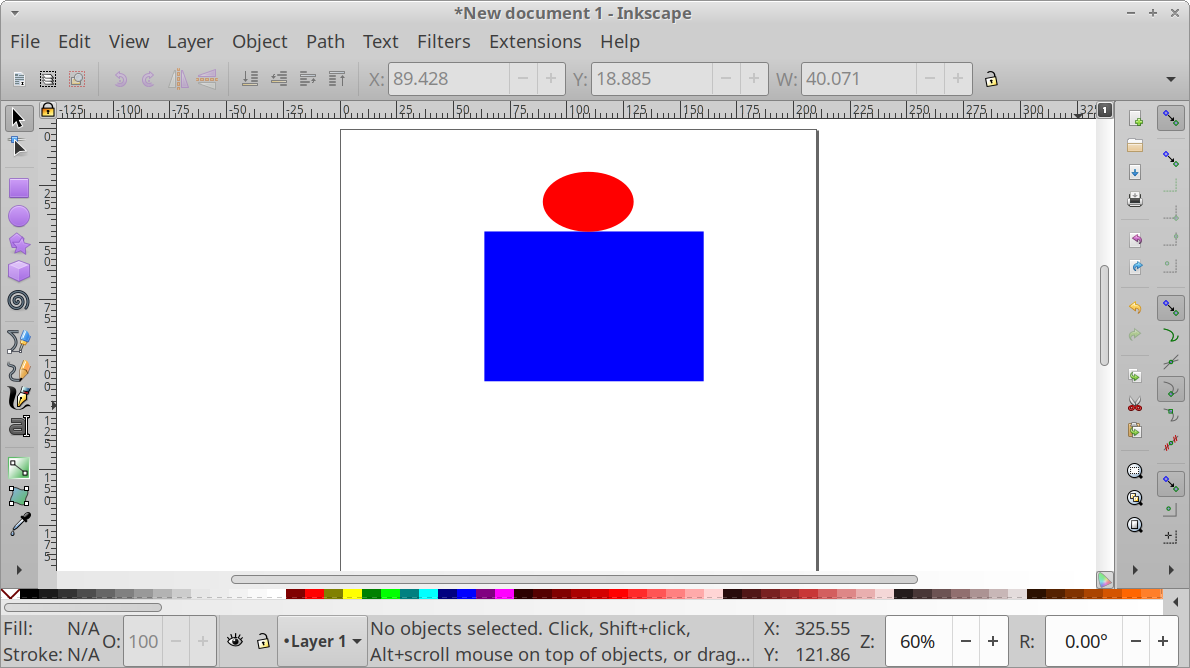 To install Inkscape in Ubuntu, use the command specified below:

You can install Inkscape in other Linux distributions from official repositories. You can also grab AppImage and Flatpak packages from its official website.

Figma is a proprietary tool for creating mockups and UX design prototypes. It is considered one of the best web based tools for creating product designs. It is especially suitable for teams, as it offers tools for collaborative editing. Its basic plan is free which should be sufficient for individual and small teams, but it offers paid plans as well if you need something extra. Source code of Figma is not available at the time of writing this article. However, a standalone desktop build for Figma has been created for Linux by the community. This build is based on Electron and you can use it as any other desktop app available for Linux. This source code for Linux build files is available on GitHub (not for Figma itself). 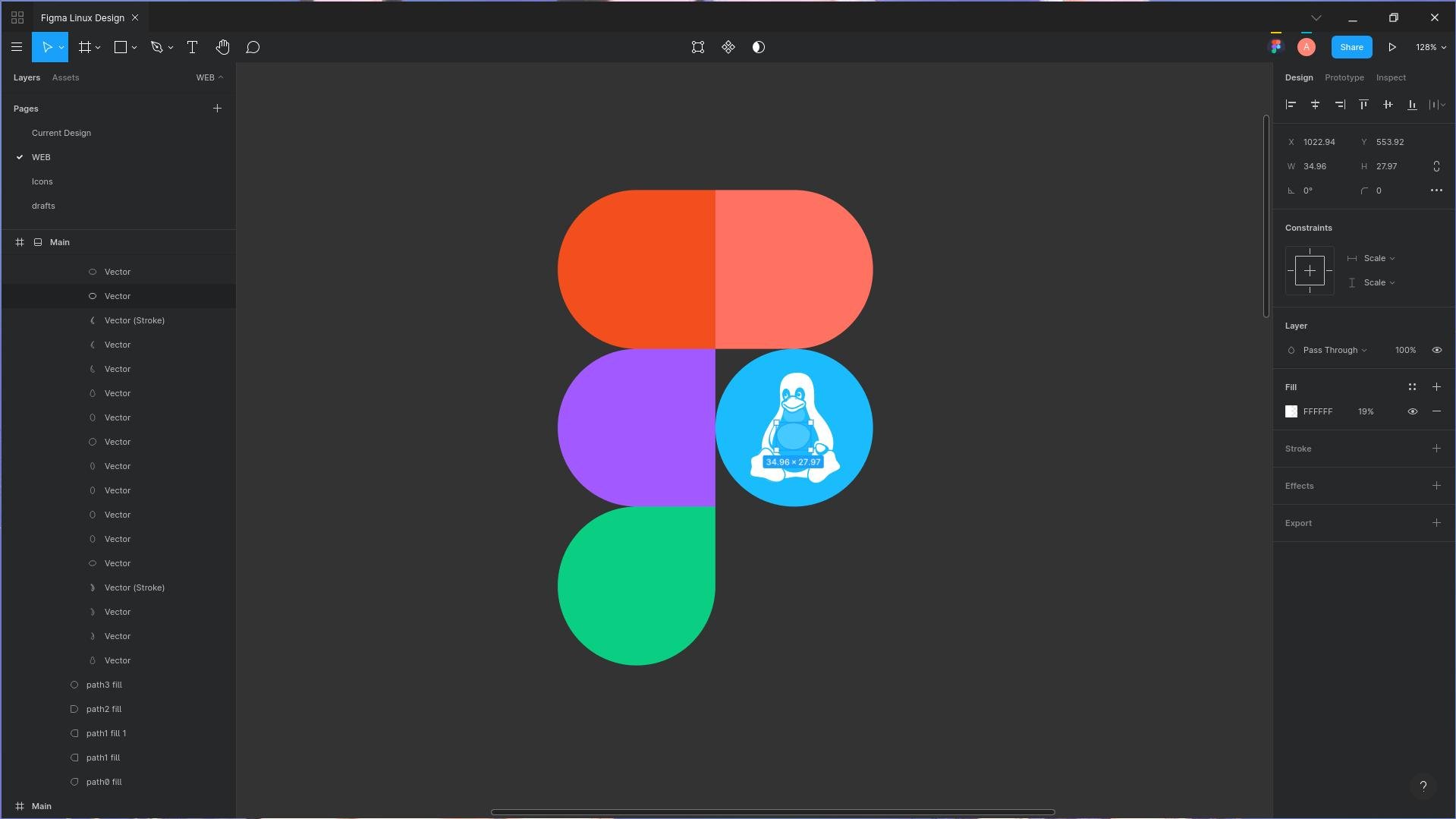 You can download packages for Figma-Linux in a variety of formats from here.

Linux doesn’t have many dedicated tools for creating mockups and prototypes as compared to other operating systems. If these applications lack drawing tools for your needs, you can try out numerous paid, web-based services available out there.