Chetanhttps://thcb.in
The use of SSD [Solid State Drive] is not a new trend nowadays. If your PC has big files and software or you play some hefty games, you need an SSD. Installing an SSD enhances the loading time of your PC. SSDs are not only important for gamers but also for regular computer users. When compared to traditional hard drives, SSDs have a lot of benefits. HDDs have a magnetic disk inside them where data is stored, while SSDs data is stored on chips. SSDs are also known for their silent behavior as mechanical hard drives are noisier while functioning due to magnetic disc rotation, and a fan is also required to make them cool. If you have two different PCs with 1 TB HDD storage and 512Gb SSD storage, the latter will perform better than the former. However, SSDs offer low storage at high prices but buying an SSD for games is undoubtedly worth it. In this article,  we are going to tell you about some best SSDs for gaming in 2021. Let’s start:

SATA stands for Serial ATA. SATA SSDs are the most basic type of SSDs available in the market and can be used with almost every desktop computer, no matter how old your PC is. The good thing about SATA SSDs is that they can be used both externally and internally. SATA SSDs have different speed standards. Currently, SATA 3.0 is the best one with a transfer rate of 6Gb/s (750 Mb/s). SATA SSDs come in the standard size of 2.5 inches. 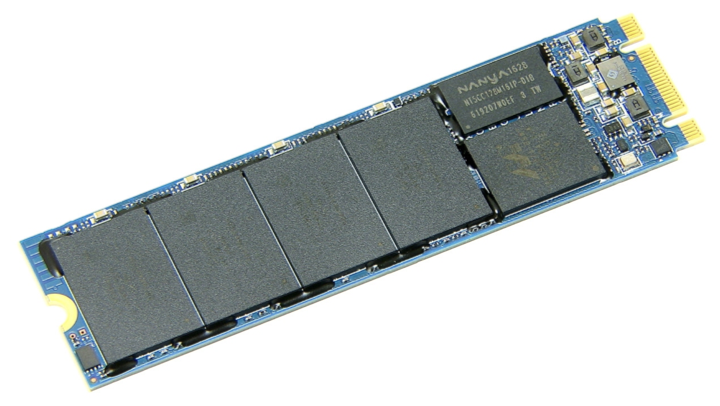 M.2 SSDs are also known as Next Generation Form Factor SSDs. Unlike SATA SSDs, m.2 SSDs are pretty similar to RAM in structure and are often used in ultrabooks due to their thin size. The sizes of m.2 SSDs vary from 80mm, 60mm, 42mm in length to 22mm in width. These sizes are significant to know while setting them in PC motherboards only, as laptops fit with the same size.

PCLe stands for Peripheral Component Interconnect Express. PCIe SSD is an SSD connected to a PC via a PCIe interface. These SSDs are quite faster than SATA SSDs. PCIe interface helps flash memory to its full potential as it has a direct connection with peripherals. PCIe SSDs have a data transfer speed of 16Gb/s. Also, they are costlier than usual SATA 3.0 SSDs.

How to Choose the Best Gaming SSD for Your PC?

Choosing a specific SSD brand for your PC might be an easy task but selecting the right SSD according to its size and specs is challenging. Considering its technical matters, and not all PCs fit all SSDs. Here are some tips that will help you in choosing the best SSD for your gaming PC.

1. Compatibility
The very first thing that you need to check is that your PC fits SATA SSD or M.2 chipset SSDs. Thick PCs usually support SATA 2.5” SSD, whereas Thin Laptops such as ultrabooks support SATA SSDs. You can check your PC’s SSD compatibility from the manufacturer’s site. Most computers and laptops support SSD storage unless and until your computer is more than 10-15 years old.

2. Storage Capacity
You need to check out the SSD’s capacity and storage requirements before you buy an SSD. I won’t recommend you an SSD less than the storage capacity of 256 Gb as it is too low. You can go for 512Gb or 1 Tb storage as it will have enough storage for your system files and games.

3. Interface
As mentioned above, PCle and NVMe interface SSDs are relatively faster than standard SATA SSDs. SATA SSDs are low in price when compared to PCle and NVMe SSDs but are a bit slower. If your PC supports PCLe and NVMe or Optane drives, then you should go for them. To know your PC’s compatibility with different SSD interfaces, you can refer to your PC manufacturer site or download Speccy software to know all about your PC configurations.

4. Life Span
The life span of an SSD is dependent upon read/write cycles. Although SSDs can tolerate wear and tear due to wear leveling, you should still check the estimated lifespan of SSDs. An average SSD should last for 9-10 years. Also, there is a slight decrease in the data transfer rate of SSDs over time.

Here is the list of the best SSDs that you can use on your gaming PC. You can choose the appropriate one for you according to your requirements.

The first that we will recommend for a gaming PC is Samsung 970 Pro. You can choose from the two available storage capacities of 512 Gb and 1 Tb. This is an m.2 form factor SSD with an NVMe interface. With maximum read/write cycles, this SSD comes with a 5-year warranty from Samsung. Your PC must accept 2280 PCle drives for this SSD. The read and write speed of this SSD is 3500 Mbps and 2700 Mbps, respectively. This item weighs around 1.92 ounces. If your PC has a serious workload, you can go for this drive.

The next SSD on our list is from Western Digital WD Black SN850 1TB NVMe. Since it is an M.2 form factor SSD, it can only be used internally. This SSD has impressive read and write speeds of 7000 Mbps and 5300 Mbps, respectively. WD SN850 uses PCle 4.0 interface, which has double bandwidth as compared to PCle 3.0. This SSD comes in 3 variants; SSD, SSD with HeatSink, and Call of Duty Special Edition. You can go with any one of them as basic specs of all variants are the same and won’t affect that much in gaming. The weight of this SSD is 0.847 ounces and comes with RGB Lighting. 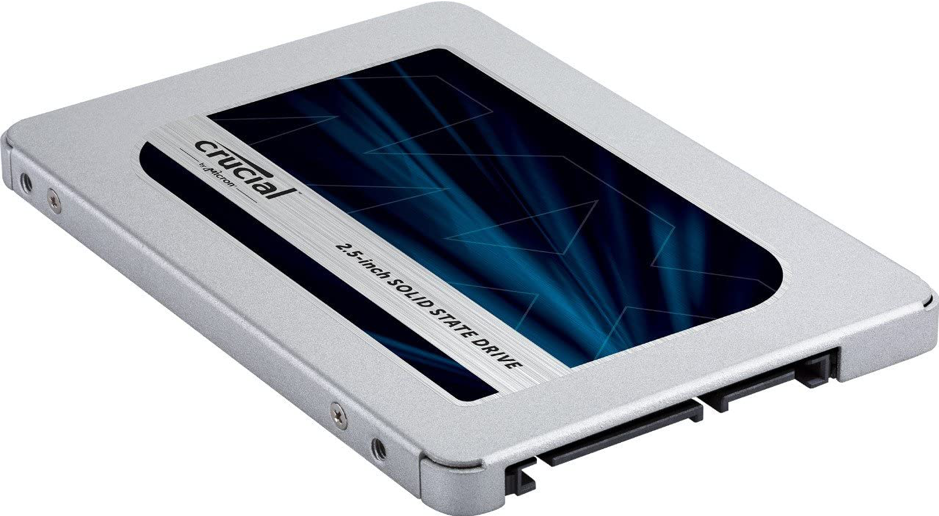 Crucial MX500 is a SATA 3D NAND 2.5-inch internal SSD that promises a sequential read speed of 560 Mb/s and a write speed of 510 Mbps. The hardware interface in this SSD is SATA 6.0 Gb/s. This can be a good choice for gamers looking for a cost-effective SSD. The good thing regarding this SATA SSD is that it can be used as secondary storage option too. Crucial MX500 comes in 3 different storage capacities ranging from 250Gb to 2Tb. This SSD comes with a 5-year manufacturer warranty. The data stored in this SSD is also quite safe as there is AES 256-bit hardware-based encryption.

The next best SSD for gaming on our list is Samsung 970 EVO plus. 970 Evo plus is available in 4 different storage capacities ranging from 250Gb to 2 Tb. 500 Gb variant will be enough for you in terms of high-level gaming. The PCL x4 interface delivers a boost in performance in real-time gaming. This SSD is not only best for gamers but also for 3D and 4K content creators. You can manage and optimize SSD performance through Samsung Magician software. The Samsung dynamic thermal guard automatically inspects and maintains the optimal temperature to reduce performance lags.

Features of Samsung 970 EVO Plus 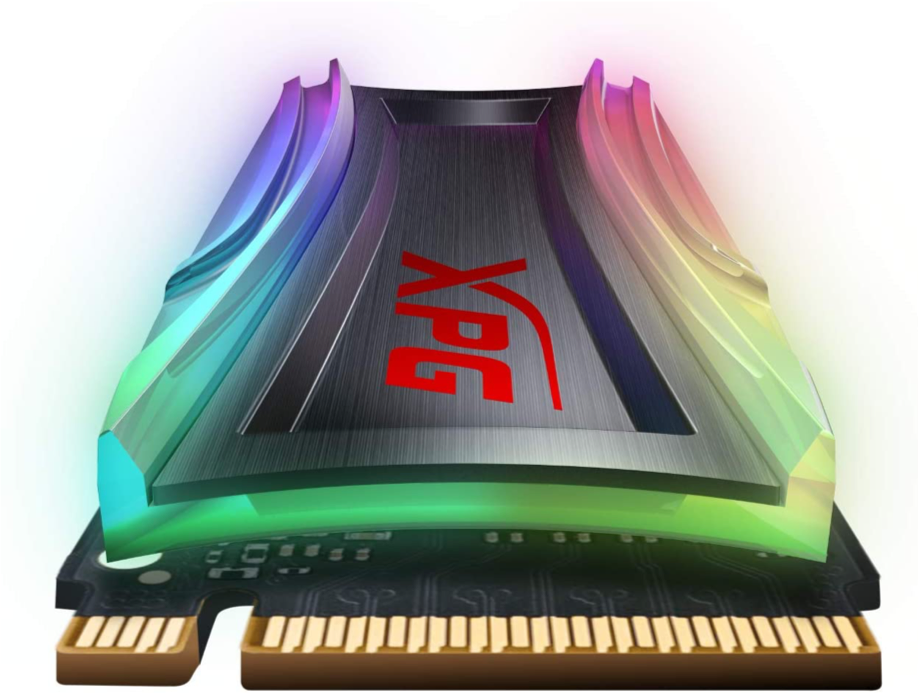 Are you looking for an SSD with attractive features as well as looks? Then this one is surely for you. XPG Spectrix S40 is an SSD with attractive RGB lighting, which gives an aggressive gaming look. It has a PCIe x4 hardware interface for fast processing. This SSD is best for gamers, graphics designers, and 3D modeling.  Manufactured by ADATA, it comes with a 5-year limited warranty.  Further RGB customizations can be done by using XPG RGB software.

What are the Benefits of Using SSD for Gaming?

If you are replacing your HDD with an SSD,  then you will surely love the gaming experience.

If you hate lags and load times during gameplay, then SSD will surely help you a lot in that. SSD helps in improving boot time by more than 50%. The use of SSDs in gaming PC also reduces your CPU’s power requirement, which makes the PC work more efficiently. SSD prevents unnecessary processing in the CPU.

These were the best SSDs that you can use for gaming and enhancing your PC performance. Since SSDs are of various types, you need to select the best one following your PC configurations. In case you are looking for an SSD concerning a particular game, you can visit the gaming website and check the system requirements.