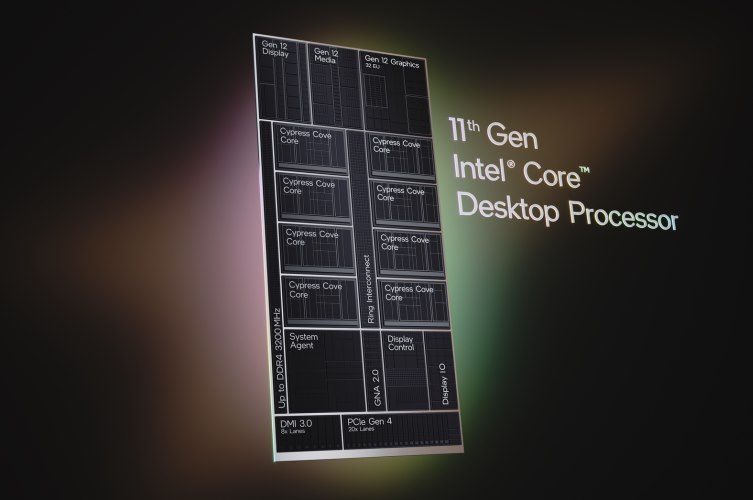 While the Comet Lake processor goes up to 10 cores and 20 threads, Rocket Lake S desktop processors only go up to 8 cores and 16 threads. The 11th-Gen Intel Core i9-11900K processor sits at the top of the ladder. The lineup starts at i5-11400T and i7-11700T processors in other price brackets.

As for the specifications, the flagship Intel Core i9-11900K desktop CPU features 8 cores and 16 threads. You also have 16 MB of L3 cache and a 125W TDP (Thermal design power). The CPU has a base clock of 3.5GHz, all-core turbo clock of 4.7GHz, and a maximum single-core boost clock of 5.2 GHz. But, you can get an additional 100MHz boost in maximum clock frequency via Thermal Velocity Boost.

Moreover, the processor also has support for DDR4 RAM at 3,200MHz, 20 PCIe 4.0 lanes, and backwards compatibility with Intel’s 400 Series chipsets. The 11th-Gen desktop CPUs also offer new overclocking tools, with real-time memory overclocking, an all-new integrated memory controller with wider timings and Gear 2 support, and more. You also get support for enhanced display and media, Thunderbolt 4, WiFi 6E, and other technologies in tow.