Motorola Moto G10 Power Review: Where is the Power?

Motorola seems to have pulled off a Realme! The company just launched a number of phones in the E series recently, and if that wasn’t enough, here we are talking about the latest Motorola phones in the budget Moto G series — the Moto G10 Power and the G30. Also Read – Motorola Moto G100 set to arrive globally on March 25

The devices (mostly the G30) also hint at a possible new nomenclature by the company but the crux remains the same: good specs on an affordable budget. Out of the two new devices, I got to spend some time with the G10 Power, which on paper, seems to have it all to make up for a good budget phone. We are talking about 48-megapixel quad rear cameras, near-stock Android 11, a huge 6,000mAh battery, and more. But, is this the phone for you under Rs 10,000? Let’s take a look. Also Read – Moto G100 could sell globally as renamed Motorola Edge S with Snapdragon 870

The Moto G10 Power is a generic-looking affordable phone; you get a waterdrop notched display, a vertical rear camera setup, and the 2021-esque design elements. Amongst the usuals, there is one thing that sets the device apart from the competition: a textured back panel that you can feel. This appears intriguing. Another thing that sort of attracts is the colour choices you get: Aurora Grey and Breeze Blue. These two things add colour to the otherwise boring design and could attract you, at least from a distance. Once you start using the device, it feels like a top you just ‘thrifted.’ It feels cheap. Also Read – Motorola teases now phone with Snapdragon 870 SoC, could launch the G100 soon

While the effort to include different colour options and texture is appreciated, the smartphone appears quite simple in comparison to the fancy-looking budget phones by Xiaomi and Realme. Another aspect that proves to be a turn-off is the phone’s thickness. It isn’t a sleek phone and feels quite heavy. One-hand usage is slightly difficult, especially when you are one of the people who want to lie down and use your phone.

That said, I like the fact that the rear camera module is neatly-designed and feels good to look at. The port placement is pretty usual but a rare inclusion is the dedicated Google Assistant button (at least for a majority of smartphone makers). If you often summon Google Assistant for your tasks, this addition is noteworthy! Overall, the Motorola Moto G10 Power is an average-looking phone. It won’t bring about the urge to flaunt it or constantly look at it. But, average doesn’t mean it’s bad. Having said that, it would be really appreciated if Motorola tries concentrating on the design part, especially the build quality.

The Moto G10 Power gets a 6.5-inch screen, which has a waterdrop notch. This has been there on numerous smartphones and it goes without saying that the purpose is to ensure lesser bezels for a better viewing experience. However, this phone doesn’t fully drop the bezels and you can see a significant chunk.

The screen gets an HD+ screen resolution and includes features such as the dark mode, night light for the lesser strain of eyes in dim light, attentive display to keep it on for longer, and Peek Display to see and access notifications with ease when the screen is locked. The display has been decent throughout my usage. The viewing experience has been fine with decent colour production. The brightness levels are fine indoors but once you head outdoors, the sunlight visibility gets hampered. The content often appears washed out. Although, given the screen size, viewing content becomes quite convenient. And the Peek display, which shouldn’t be confused with AOD, is a considerate move by Motorola for ease of accessing and managing notifications. This is definitely a positive. Now that you know what all’s included in the package, here’s how it is. There is just a single adjective to describe the entire setup: average. The rear cameras take fine images but they aren’t amazing, especially indoors where you would feel this the most. But the colour reproduction is close to natural and it adhered to my liking.

The ultra-wide lens is decent enough to capture a wide area but there is a difference in colours when compared with the main camera’s output. The depth sensor’s output mostly appears processed and doesn’t really highlight the details on the subject. The macro lens, among all the four cameras, fails to impress. It struggles to focus on the object and isn’t able to capture anything closely. For instance, while trying to capture the details of a flower, the lens couldn’t highlight the intricacies and instead gave out a blurry image. 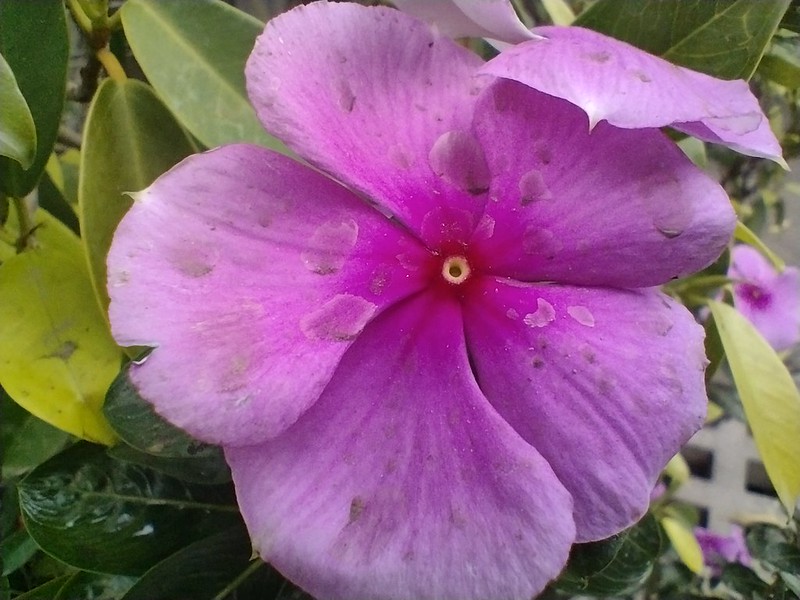 As for the front camera, it isn’t amazing either. The selfies turn out just fine and mostly lose details when shot indoors. The colours also feel a bit muted. For the very first time, I will have to say that the beauty mode added life to the selfies.

The videos have been fine too; EIS ensures decent stability and the quality fine too. Among others, the HDR mode and the Night Vision modes have worked decently and were able to highlight the images in the given conditions; for the latter, it’s mainly the night time.

The Moto G10 Power is powered by a Qualcomm Snapdragon 460 SoC, coupled with 4GB of RAM. It comes equipped with 64GB of storage, which can be expanded by up to 1TB with the help of a microSD card. This is an area I would like Motorola to pay some attention to. The company launches phones in a single RAM/Storage option, which is quite restrictive. It would be great to get at least two or three variants for people to choose from as per their choice.

With these specs, the Moto G10 Power can safely be termed as an average phone. While the phone is able to fulfil its tasks, it doesn’t do it with the swiftness one would want it to have as a primary trait. The device works fine and I was able to perform my daily tasks easily. But there were hiccups. For instance, while downloading the apps to get started, the Google Play Store app crashed several times. Following the initial setup process, I used the device as the one to conduct my daily tasks. That involved taking images, playing some games, online shopping (mostly, window!), and more. All this gets done, there’s no doubt about it, but there’s always a sense of slowness. Gaming was fine too. The non-gamer in me got inclined to titles such as Subway Surfers, Brain Test, (Genshin Impact was there too), Bubble Shooter, and more. The phone, more often than not, made for decent gameplays. There wasn’t any drastic battery drop (coming to the battery part soon) and the graphics were decent too.

Among others, the rear-mounted fingerprint scanner was decently-snappy, calling was decent too (I didn’t face issues during calls), and the audio quality was decent. Except, the sound system tends to echo at times when on a loudspeaker, thus, making the audio a bit distorted.

This is the section, which impresses, and here’s a silver lining!. The 6,000mAh battery is big enough to last me more than a day/a day and a half with the above-mentioned usage, and more around 2 to 3 days just on standby. This is likeable, for we need batteries to last us long enough. But, there’s some disappointment too. The phone supports a 20W fast charger and you might raise your hopes to the mid-level (to say the least) for some fast charging. But, don’t!

There isn’t anything fast about the charging time and it will take somewhere between 1 and 1.5 hours for the phone to fully charge. This is on par with what you get from rivals such as Xiaomi and Realme. Another good thing is the inclusion of the USB Type-C port, which is a welcome addition.

The Moto G10 Power is another Motorola baby aimed to cater to us Indians’ budget phone needs. However, the phone yet again carries forward the half-baked recipe, which I am not sure is enough to provide people with a value-for-money smartphone.

The G10 Power, in a majority of aspects, is average. The average nature makes it difficult for it to compete with the likes of the more competitive Xiaomi Redmi 9 Power, the Realme Narzo 30A, and the Poco M3. The battery life and the UI experience are exceptions and prove to be the driving reasons for anyone to go for it. In my opinion, the Moto G10 Power is suitable for those who want more than just a basic smartphone, especially for those who are always concerned about hunting for a power socket. The battery life alone is the major reason for someone to consider the G10 Power. That paired with the near-stock Android experience and a large display make it a reasonable option at Rs 10,000.

That said, I would really like Motorola to come out from its average shell and give us phones that are competitive, much like the ones it made years ago!