If you are in the market for a compact mirrorless camera that does not compromise on versatility, the Nikon Z50 is a name that often comes up on the search lists. Nikon launched it last year as a professional camera for vloggers, with a focus on shooting good quality videos. Since it has been around for a while now, you can often find the Nikon Z50 at lower prices. At the time of writing, you can get the Z50 with the Z DX 16-50mm f/3.5-6.3 VR lens for Rs 72,759. Also Read – Nikon online photography classes are free for a limited time

For what it costs, the Nikon Z50 comes across as a great choice ahead of the festive season to shoot all memories. Unlike most Z50 reviews on the Internet, you will find this one to be slightly different though. This is my first time reviewing a professional-grade camera and hence, I list down my observations more akin to a common user, like many of you reading right now. That said, I personally rely on a Nikon D3300 for all my photography needs, which itself in an entry-level DSLR camera with a DX-format sensor. Also Read – Oppo Find X2, Nikon Z50, Nokia Smartwatch and more: Daily News Wrap

The Z50 looks a lot like the DSLR cameras from Nikon, with the same bulging hand grip and a protruding lens system. However, a closer look immediately highlights the slimmer body with compact dimensions. This is a major benefit of the mirrorless systems as there are lesser moving parts inside, thereby eating lesser space. The weight remains similar to an entry-level DSLR camera at 450 grams. Hence, it is easier to carry around than a regular DSLR. I was able to stash it in my backpack for the brief moments I went out. Also Read – Nikon launches Z50 APS-C Mirrorless camera in India at Rs 72,995 with two new lenses

Hold it and you will immediately feel the solid build quality that’s expected of a Nikon camera system. The Z50 has a metal body composed of magnesium-alloy with a top-quality paint job. The grip areas (where you hold the camera) are finished in a rubbery material. I found the design handsome and easy to clean, given that you will use the camera a lot outdoors. Even the areas that consist of plastic (the flash and buttons) scream of quality materials.

The compact dimensions do not mean you have to deal with a highly congested layout. There’s a large 3.2-inch touchscreen display that’s adjustable along the top and bottom directions. You get the usual navigation buttons, the media and delete keys, and focus lock key towards the back. On the top, there’s a mode dial accompanied by a manual adjustment dial for aperture and ISO. You also get a dedicated video key that only works when you switch the slider to video mode. There’s a 0.39-inch OLED viewfinder that is extremely sharp in reproducing the frame. The viewfinder has a sensor that automatically switches it on once you place your eye closer to it. As soon as you move away, it powers on the main display as the viewfinder. This is a nifty touch for both budding and professional photographers.

The camera software is easy to use. Given that there’s touchscreen input, you can just tap and swipe around the settings. While shooting, you can quickly summon the most used camera settings that are crucial to photography. Access to shutter speed, ISO, aperture, and more are available on the display while in still photography mode. I was able to turn on Wi-Fi for wireless sharing of photos and videos easily from the main screen shortcuts. Connectivity options are aplenty on the Z50. You get a standard micro USB port for data transfer along with a mini-HDMI port for connecting to external displays or monitors. There’s also a dedicated port for attaching a microphone. If you prefer wireless transfers, there’s Nikon’s signature Wi-Fi-based data transfer system that requires its app on your smartphone. I relied on the Wi-Fi system to transfer my photos and it worked as intended – fast and easy. There’s an SD card slot right alongside the battery compartment.

Now we come to the lenses. The Nikon Z50 uses the Z mount lenses and if you happen to have a collection of those, you are in luck. Unfortunately, my D3300’s F-Mount lenses were of no help here. Thankfully, Nikon sent the standard 16-50mm lens along with the 200mm zoom lens for my review period. The lenses are easy to mount and the 16-50mm unit is easy to carry everywhere.

The Z50 makes use of a 20.2-megapixel APS-C sensor, the performance of which I found to be on par with sensors from other entry-level DSLR cameras. I left the camera settings in the default state and just played along with manual as well as auto mode during my time with the camera. Nikon’s camera systems tend to offer a more natural color tone in most conditions, hence photos often appear dull to many onlookers. However, after personally using a Nikon system for 7 years, I can say the performance of the Z50 in daylight is impressive. For still photos, the camera captures colors closer to what you see for real. Photos carried a lot of vibrant colors and decent contrast. Brightness levels were good too. The exposure is auto mode isn’t great and casual users might prefer switching to manual mode for better output. The 11 fps burst mode works as advertised.

In the manual mode, I was happy with the shutter speed, aperture, and exposure performance of the Z50, given the price it sells. However, the APS-C sensor isn’t suited for night-time photography. The camera struggles in dark conditions, throwing up lots of noise and losing colors a bit. Anything above 10,000 ISO makes the photos unusable. As long as I was having sufficient ambient lighting, the Z50 managed to hold on with decent results. 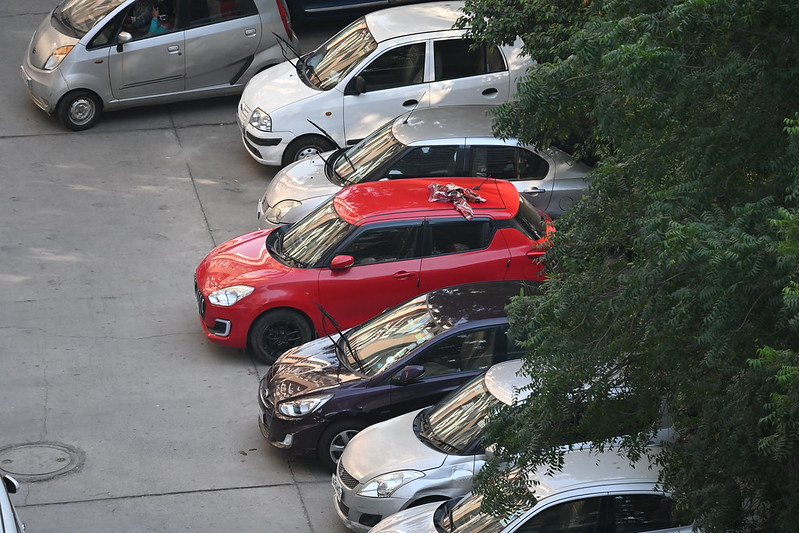 Video shooting is where the Z50 shines. You can shoot 4K videos at up to 30 frames per second and the quality is great for a camera of its class. In 1080p mode, I was able to shoot videos at up to 120 frames per second. The footage quality is good with dynamic colors, great exposure management, lots of details, and fast focusing. Stability is decent, thanks to the VR system in the lens. Even in low light, the performance was on par with what you expect from an entry-level DSLR camera.

The autofocus system performs great and most of the time, I did not have to care about getting a good depth of field. The Eye AF helps with shooting rampant kids and seldom leaves you with results that are unusable. You always have the option to adjust the focus manually via the lens system or digitally via the touchscreen display. The Nikon Z50 uses the EN-EL25 rechargeable Li-ion battery. It takes close to two hours for a full top-up using the supplied charging adapter. In my usage, I found the Z50 to last a full week, given that I was mostly using the camera on an average of 30-40 minutes for my product shoots. That is far less than the 300 shots per charge as advertised by Nikon. Heavier usage mixed with a lot of video shooting will drain the battery faster. However, do note that my unit came with a used battery and that could have affected the stamina.

Should you purchase the Nikon Z50 now?

The Nikon Z50 has been around for a while now and for Rs 72,759 on Amazon, it is a great deal for budding photographers and enthusiasts. Of course, professional photographers will want a more capable system and will be willing to shell more for the price. The Z50 is aimed more at regular photographers – people who will take it out once in a while during the festivities to take good photos, or carry it along on vacations. Vloggers may also find the Z50 suitable for shooting videos, although those seeking good stability may look after something else. I belong to the first category of users, i.e., the kind who takes the camera out occasionally and seldom plays along with the manual mode. Hence, the Z50 performs greatly for my needs. I was happy to shoot product shots for my review stories and edit them to my liking for the web. However, if your requirement is the same as mine, the Nikon D3500 makes more sense, given its lower price. The D3500 is a proper DSLR camera system and it is bulkier in nature when compared to the Z50. The performance is almost identical most of the time. In fact, after using the Z50, I did not feel I missed anything with my older D3300.

The Nikon Z50, on the whole, makes sense only if you seek a compact camera for portability and seek the mirrorless performance.