PocKit Is a Tiny Computer System with Modular Capabilities

As computer technology continues to develop at a rapid pace, the idea of a compact and modular computer system is gradually becoming a reality. Over the past few years, we have seen various companies such as Razer and AMD release their take on compact and modular PCs in the market. Recently, we even saw a new company dubbed Framework develop a customizable laptop with tons of modularity. Now, a small-scale developer has released a new pocketable computer system that offers a bunch of modularity options using magnet-based electronic blocks.

PocKit: A Compact and Modular Computer

Dubbed PocKit, the tiny computer system comes as a 3D printed case with a six-layer circuit board and a slot for a Raspberry Pi module. On the top, there are 12 magnetic connectors that allow users to put various component-blocks that snap onto the board magnetically. This offers users a ton of modularity options to use PocKit as a desktop or even as a handheld PC. 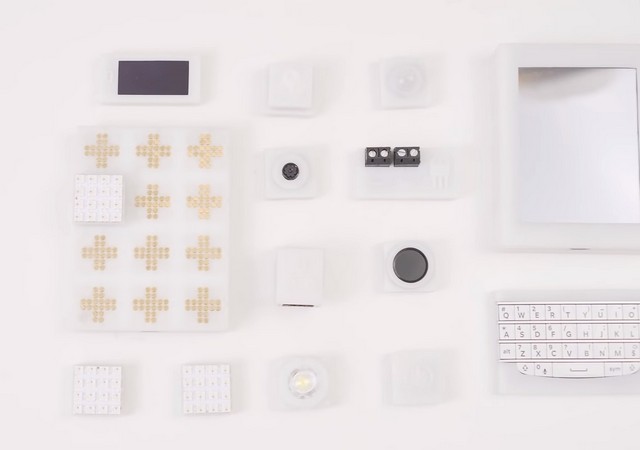 It looks and sounds similar to Google’s Project Ara under which the company started experimenting with modular smartphones. However, unlike Google’s project, PocKit is essentially a computer system rather than a smartphone module.

How Does It Work?

The system supports various additional components such as a cooling fan, an HDMI port connector, USB port connectors, various electronic sensors, and even LCD displays. Once the component-blocks magnetically attach to the system, they start working instantly.

Moreover, with the Raspberry Pi acting as the brain and the internal microchip controller of PocKit running as an accelerator, users could run Raspberry Pi OS or any other OS on the system.

The developer, named Anil (u/Solder_Man on Reddit), started working on the project back in 2019. Since then, he was able to optimize and improve the device based on the feedback of the Reddit community. He recently shared a demo video on the official PocKit YouTube channel.

In this video, he showed how the PocKit can be transformed into a fully-functional desktop using a few magnetic modules. Following this, the developer also showed how it can be turned into a portable, handheld PC using a battery module, a keyboard module, and some other block-based modules.

You can check out the video right below.

Now, it is worth mentioning that PocKit is still in its early stages of development. So, it is highly unlikely that it will be available to buy for consumers anytime soon.

However, when or if it launches in the consumer market, I am sure it will be targeted towards educators, developers, and computer enthusiasts. You can keep watch on its official website and official YouTube channel to get updates or follow u/SolderMan on Reddit.

Share
Facebook
Twitter
Pinterest
WhatsApp
Previous articleHow to watch F1: live stream every 2021 Grand Prix from anywhere
Next articleVi cashback offer of up to Rs 60 till March 31, 2021 for prepaid recharges: Here’s how to avail
- Advertisement -