Though the selling of endangered sea turtles is a criminal offense in a court of law, it has not stopped poachers and traffickers from stealing their eggs. So, to not only stop these offenders but also catch them red-handed, a team of conservation researchers has now developed GPS-enabled ‘decoy eggs’ (or fake eggs) inspired by criminal TV shows such as Breaking Bad and The Wire.

According to a recent study published in Current Biology, the researchers showcased the 3D-printed “decoy eggs”. Apart from looking just like the eggs of a sea turtle, these come packed with a GPS sensor to enable location tracking.

Now, these GPS-enabled fake eggs were developed by the conservation group, Paso Pacifico, as a project for Wildlife Crime Tech Challenge organized by the United States Agency for International Development.

One of the Paso Pacifico scientists, Kim Williams-Guillen was the one who came up with the idea of these fake eggs and she is the one who designed these eggs. She calls them “InvestEGGator” and well, that’s a cool name for an egg.

“In Breaking Bad, the DEA places a GPS tracking device on a tank of chemicals to see who receives the chemicals. In one episode of the Wire, two police officers plant an audio device in a tennis ball to surreptitiously record a suspected drug dealer. Turtle eggs basically look like ping pong balls, and we wanted to know where they were going — put those two ideas together and you have the InvestEGGator,” Williams-Guillen said in an official press release.

Now, the team’s lead author, Helen Pheasey says that they have already confirmed that placing the decoy eggs in the turtles’ nests did not damage any of the incubating eggs of the turtles. Hence, the researchers went ahead with the project as there wasn’t any potential risk. 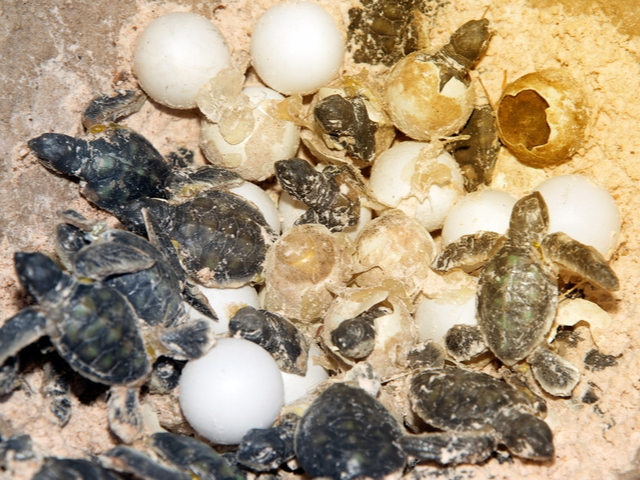 The team also carried out an actual field test with these GPS-enabled eggs by placing them with the real ones. As it turned out, many of these fake eggs were illegally stolen from the nest and ended up in nearby bars and residential areas.

However, as Williams-Guillen states, although this is a strong start to conserve the endangered species, GPS-enabled fake eggs are far from the only solution to catch the offenders.

“It really must be used in the context of a multi-pronged conservation approach that uses education, building better economic opportunities, and enforcement to help fight sea turtle egg poaching.“, Kim further added.