Rejoice, agents! Riot’s massively popular 5-v-5 tactical FPS game, Valorant is getting a new map and agent in the third season, “Ignition Act III” this week. With the previous season coming to a close in, Riot has now released a teaser showing off the snowy new map and Skye, the next agent with healing and scouting abilities.

Merely four months after its official launch, Valorant is getting its fifth map in the form of Icebox. This is the first snowy map in the game and will be a good chance of pace for players. Icebox appears to be an abandoned shipyard surrounded by ships and ship loaders at the dock. The map itself is littered with shipping containers, an office space with pizza boxes, vending machines, and more. You will also find horizontal zips as opposed to the vertical ones found on other maps.

Icebox will have two bomb sites and a lot of options to hold high vantage points. Riot Games has shared a 45-second teaser of the new map, which you can check out right here:

“Icebox was designed to emphasize skirmishes, sharp aim, and adaptive play. The gameplay premise of Icebox is that each of the sites is intended to be complex combat spaces that feature plenty of cover and verticality,” revealed Salvatore Garozzo, level design lead at Riot Games (via The Washington Post).

Excited much? Well, if you are an avid Valorant player, then I am sure you as pumped as I am for a new map. Icebox looks pretty cool (pun intended) and brings a whole new environment for the agents to experience. 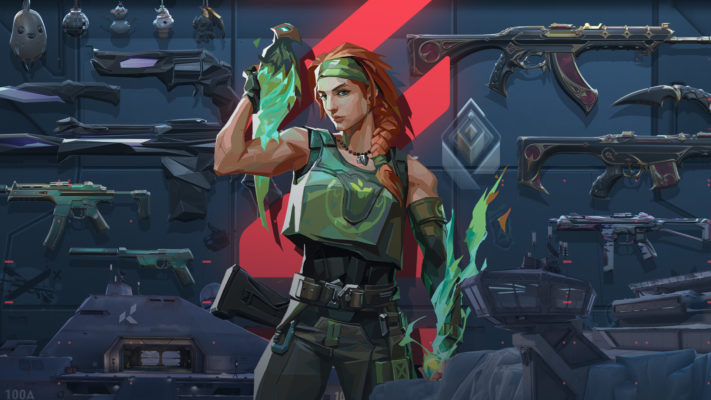 In addition to the new map, Valorant is introducing a new agent ‘Skye’ with the third season. She is the 13th agent is the game’s roster and could soon become the go-to pick for Sage mains. Skye could be an essential part of the team for her healing and scouting abilities, helping out the team in both offense and defense positions.

Now, let me detail all of Skye’s abilities to help you better understand what role she can play in your team:

I don’t know about you but I am pretty excited and hyped for the upcoming season of Valorant, Ignition Act III. Moreover, with the introduction of the new Mumbai-servers, gamers in India will also have the benefit of lower pings and lesser packet loss, which sure is nice.

So, are you excited, agents? Let us know down in the comments. Also, you can always invite me for a game or two.